Besides the symposia a number of workshops, conferences and other meetings were organized by ISIR, individually and jointly with organizations such as the Econometric Society, the American Economic Association, the International Institute for Applied System Analysis, GRD College of Science in Coimbatore, India and the Siena University in Italy and the University of Aarhus, Denmark.

ISIR sessions were organized at the conferences of the Allied Social Sciences Association, the ISATA and the European Operations Research Society. Three workshops were held together with SEMECON (Seminar for Mathematical Economics) within the project Cyclical Growth in Market and Planned Economies, Munich in 1985 and at Lake Balaton in 1986 and 1988.

A major project was initiated by ISIR on inventory problems in developing countries that had its focus on food security policies in general and food inventories in particular. Connected to this project workshops were held in Hungary in 1989 and 1990. International Conference and workshop was organized under the title ?Food Problems in Developing Countries and the Contribution of R&D to Their Solution? in Israel, in 1990.

A two-day workshop was organized at Lake Balaton in Hungary in August 1994 on Micro Foundations of Macroeconomic Analysis of Inventories.

Graduate student competitions have been announced biannually since 1993 in various fields of inventory related research.

Each year ISIR sponsors a session at the ASSA (Allied Social Sciences Associations) Meetings in January in the USA. Historically, these sessions had focused exclusively on the topic of inventories.  From this year’s session, however, the focus have been expanded to include the related topics of business fixed investment and business cycles. 2020 The International … 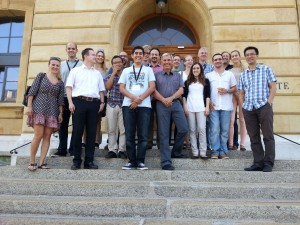 Every “non-symposium” year ISIR organizes Summer Schools with the objective to bring together junior and senior researchersand to create an atmosphere for intensive discussion on the Ph.D. student?s research topics that fit under the general theme. This is usually accompanied by tutorial overviews on selected topics given by invited scholars of the field. 15th ISIR …